Applying for a school place

Peregrinate School is responsible for all its own admissions.

Parents seeking a place for their child in any year group, should contact us at the earliest opportunity.

The number of places available for admission is 150, and this is across all year groups. Pupils will be admitted without reference to ability or aptitude.

Where the number of applicants for admission exceeds the number of places available, the following criteria will be applied, in the order set out below, to determine how places are awarded:

Unsuccessful applicants may ask to be placed on a waiting list and considered for any places that may arise in the future. These waiting lists will be maintained to the end of the academic year that your child has applied for.

Under the terms of the School Standards Framework Act 1998 you have the right to appeal to an Independent Appeal Panel against any decision made by the School. Parents who wish to exercise this right must state their intention either in writing or via the school’s email info@peregrinate.co.uk within 28 days of receipt of notification letter.

This section applies to applicants applying for places outside the normal admissions process: 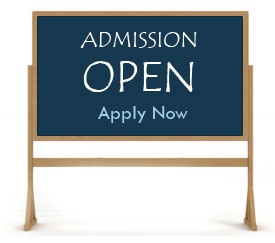